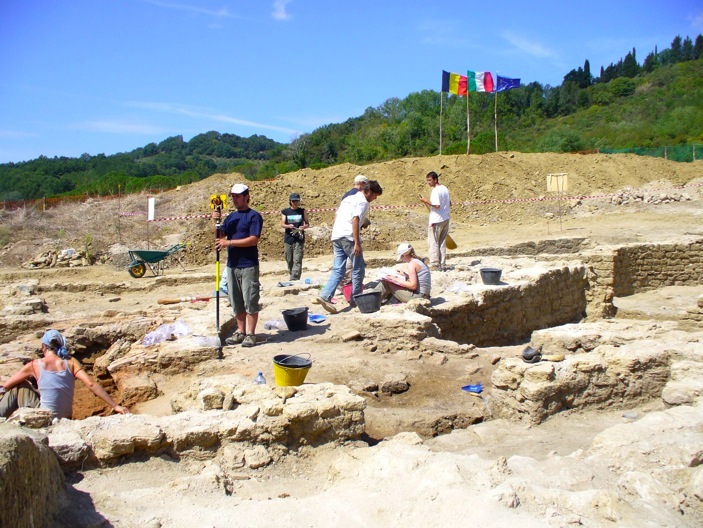 Research teams from UCLouvain have uncovered a huge villa in Tuscany, dating from late antiquity.

This discovery was made in Sin Gimignano, in Tuscany. It has taken 13 summers for Professor Cavalieri and his teams to excavate the Aiano-Torraccia di Chiusi villa. This gigantic 10,000 m² villa has been studied to gain a better understanding of the world of late antiquity and the transition from paganism to Christianity.

(Read more on Focus on Belgium)

For 13 summers, Marco Cavalieri, UCLouvain professor of Roman archaeology and researcher at the Intitute for the study of civilizsations, arts and letters (INCAL), and his team have conducted excavations near the city of San Gimignano in Tuscany. They have gradually revealed a huge villa dating from late antiquity. By 2021, an archaeological park and a museum will highlight this long-running excavation.

We’re in San Gimignano, Tuscany, 80 km from the Tyrrhenian Sea, 60 km south of Florence and 30 km north of Siena. Almost every summer since 2005, Prof. Cavalieri and his team have conducted archaeological excavations of the gigantic 10,000-square-metre Aiano-Torraccia di Chiusi villa. The site is a journey back in time, from the first phases of Romanisation (1st century BC) through late antiquity (4th-5th centuries AD) to the Early Middle Ages (6th-7th centuries AD).